Man Over Board System 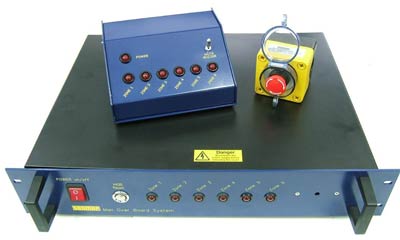 A safety essential from Seamap; the Man Over Board (MOB) system provides crew with the necessary activation points that trigger a kill switch disabling the GunLink firing circuits and sending out the alarm should an MOB event occur on board a seismic vessel.

The MOB system comprises of the following sub components:

The main unit supports up to six zones. Each zone can contain one or more activation switches.

The front panel of the main unit contains six LED indicators. Each LED indicates the status of a zone. If any zone is activated, the corresponding LED illuminates to indicate the activated zone. If there is no activity, then all LEDs remain off.

Besides LED indicators, an alarm located in the main unit generates an audible tone when any zone is activated.

The bridge repeater box, powered from the main unit, contains replication of the LED indicators and buzzer found in the main unit.