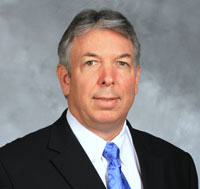 Mark Welker has more than 25 years' experience in the manufacturing sector of the marine seismic industry. He began his career in 1982 with Syntron Inc, Houston, Texas (now Sercel Inc). During 1992 - 1996, as Managing Director of Syntron Asia Pte Ltd, Mr Welker established a purpose-built streamer manufacturing and repair facility in Singapore. From 1996 - 1998, he relocated to Syntron Inc as Vice President of Worldwide Manufacturing, during which time he also established and managed the Zhong Hai Syntron Joint Venture Cable factory in Tanggu, China. Mr Welker returned to Singapore in 1998 as Managing Director of Sercel Singapore Pte Ltd. In 2000, he teamed up with Mr Mike Pinnington (the founder of Seamap) by acquiring 47.5% of Seamap International Holdings. The company was sold to Mitcham Industries in 2005. Mr Welker has been Managing Director of Seamap Pte Ltd in Singapore since 2001. 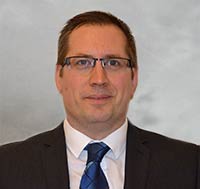 Greg Walker-Doyle has more than 20 years’ experience in the offshore industry, and has been with Seamap (U.K.) Ltd. since 2005. During that time, he has been involved with and responsible for the design and development of the GunLink product range as well as other Seamap (U.K.) Ltd. products - initially as a Senior Mechanical Design Engineer (2005-2007), then progressing to Technical Manager (2007-2017).
Prior to joining Seamap, Mr Walker-Doyle began his offshore career in 1997 at Perry Slingsby Systems Ltd. as a Mechanical Engineer designing manipulators and Remotely Operated Vehicles (ROVs) for oil & gas operations worldwide. From 2002-2004 he relocated to Singapore and joined Thales Geosolutions as Head of Mechanical Engineering to develop a new “workclass” ROV and associated intervention tooling, and then continued this role from 2004-2005 in Aberdeen after acquisition by Fugro Survey Pte Ltd.
Mr Walker-Doyle has been General Manager of Seamap (U.K.) Ltd. in Shepton Mallet since February 2017.

Tim Pinnington was appointed as Seamap’s Sales Manager in July 2017 and has over 25 years' experience in the marine industry. Following short-term contracts in the Far East with Geodetic Surveys, Racal Surveys and Van Oord, he joined Seamap Pte Ltd in Singapore in 1992 as an Instrumentation Engineer supporting their rental pool of marine acquisition equipment. Taking on a sales role for the company in 1996, Tim relocated in 1999 to support the establishment of the North American arm of the company, Seamap, Inc. in Houston, TX. He was responsible for installation and support engineering before transferring to the UK in 2005 where he was appointed the Training Manager for Seamap (UK) Ltd prior to his current sales position. Tim holds a Bachelor of Engineering degree in Electrical and Electronic Engineering from Manchester Polytechnic.